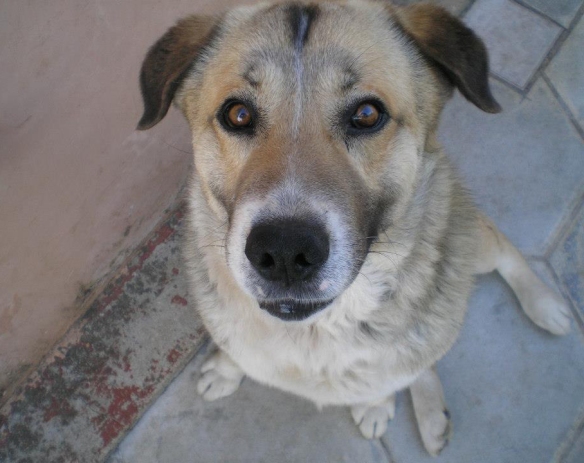 Note: originally I posted this yesterday after I read that Ciccio had passed, but when I returned to Facebook I saw that it was denied again (there has been a lot of arguing over his custody as the story of Ciccio has swept across Italy, creating a tense situation of the strays in Brindisi). Sadly, now it is confirmed so I’m re-posting the story. The report I read is that he died peacefully due to cardiac arrest.

With a heavy heart, I have to share the sad news that Ciccio passed away today. If you read my earlier post a few weeks ago, you’ll remember he’s the dog in Italy who captivated the public by showing up at the church for Mass every day since his owner Maria Lochi passed last November. I am not sure of the exact cause of death, but recent posts on his Facebook page have discussed his deteriorating health with photos of him at the hospital. Given his age of 13, plus the fact that he was so broken hearted over the loss of Maria, they suspect he just wanted to go.

I added the top photo because it shows Ciccio when he was happy, you can see the sparkle in his eyes. This photo was taken when he was younger, and his owner Maria Lochi was alive. Compare it to this one that was taken after she passed away, and you can see his sadness.

5 thoughts on “Rest in Peace, Ciccio”