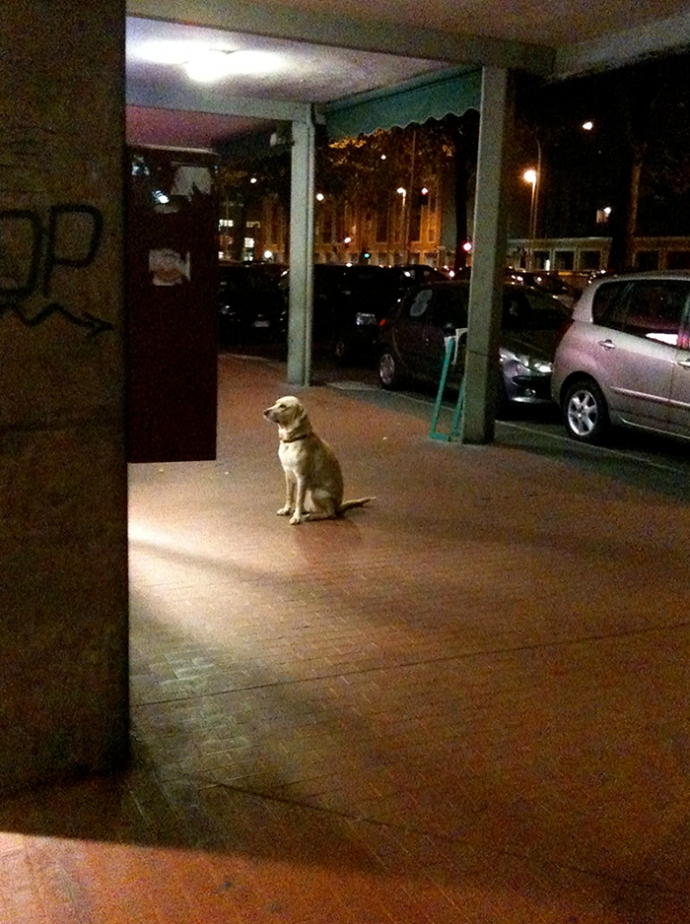 Note: I’ve noticed that posts about travel, Italy, and dogs are pretty popular (yay!). Because a lot of my travel is to Italy for the business I’ve started that’s about dogs, I decided to do some posts with adventures as I follow along this entrepreneurial path. You can read a little more about Pantofola on the About page.

Being an entrepreneur is a tricky thing. Trying to do business with Italian manufacturers and suppliers when you’re a small little upstart, that’s a tricky thing, too. Oh, and not being fluent in Italian is also a tricky thing. Okay, so it’s all tricky. And when I say tricky, that’s a nice way of saying tough, but with an added measure of “I can do it!” oomph. So with a healthy dose of “I can do it!” in my back pocket, I keep going. Plus, by choosing Italy for manufacturing I’m hoping that if an emotional outburst should occur down the road, it’s more likely to be accepted by Italians than another not-so-expressive culture.

One evening after a very long day at a leather trade show I came close. I climbed onto a packed bus with all the other exhausted attendees heading back to the city center. I didn’t have a ticket, and the machine onboard wasn’t working so I decided I should do the moral thing and hop off. I know what you’re thinking: that was stupid. And it was, because I ended up in a zone without many pedestrians, traffic, other buses, street lights, and everything was closing for the night. Oh, I should have taken karate. The other problem is that in Italy you can’t just hail a cab. Well, you can try, but they won’t stop and you end up being the crazy lady flapping your arms around like an angry penguin.

Now I’m not saying Bologna is a bad city but bad things happen everywhere, it was dark and my imagination was in overdrive. I walked and walked, trying to figure out what options I had. Why am I here? Eventually I came to a corner store (also closing up for the night) and saw this loyal dog sitting there waiting patiently for someone inside. Immediately I felt relaxed, calmed, comforted, safe. I was good now. Somehow just by seeing this calm dog I was able to take a deep breath and think more clearly. But not only did the sight of this dog put an end to my panic, it also served as a potent reminder for why I started this business in the first place: the human + canine bond. Thankful for the reminder, I kept walking and one street over I found a bus stop with a map and hopped on the next bus.