The Mosaïcultures Internationales de Montréal 2013 is taking place this summer at the Montréal Botanical Gardens and I’m so glad someone had the brilliant idea to create who else but—Hachikō! If you’re not familiar with this event, it’s similar to Pasadena’s Rose Parade held each New Year’s Day here in America, except the sculptures aren’t floating and bobbing down Colorado Boulevard. And the horticultural artists seem to use more leafy plants versus flowers. Each one has a cultural theme that stems (oops, a plant pun) from the artist’s country of origin. There is also a catalog of plants that must be followed in your design. 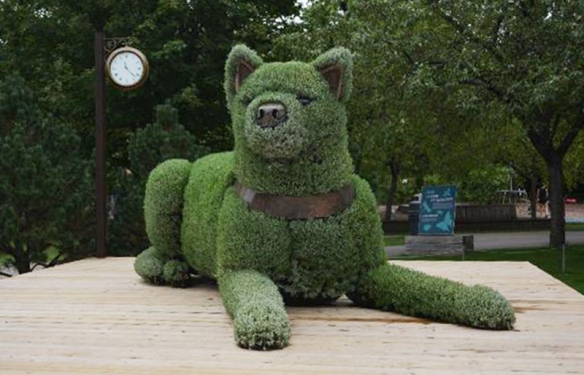 I think they did a great job with Hachikō. Besides capturing his classic pose, they also recreated the platform at the train station where he would wait each day for his owner to return. (For background information on Hachikō, here is my post with his story.)

Another dog that made it into the show is this one, companion of Elzéard Bouffier who was the main character in the tale The Man Who Planted Trees / L’homme Qui Plantait des Arbres by French author Jean Giono. The story is about a man who reforests a valley in the foothills of the Alps in Provence throughout the first half of the 20th century, so this was a great choice for the exhibit. An animated short of the story by Frédéric Back was released in 1987 and won an Academy Award for Best Animated Short Film, I would love to see it.

Of course there are many more amazing sculptures on display with all kinds of animals prominent in the theme. Below are examples from Montreal, Okinawa, Shanghai and Madagascar. 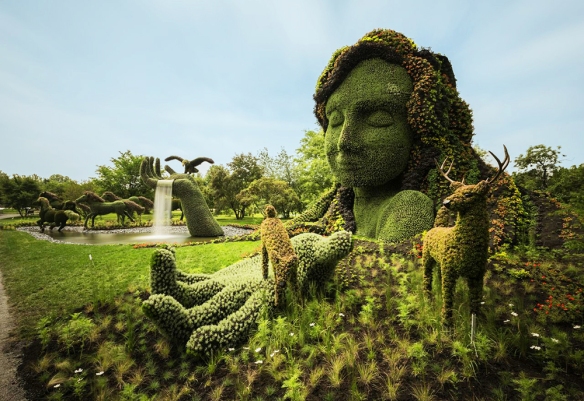 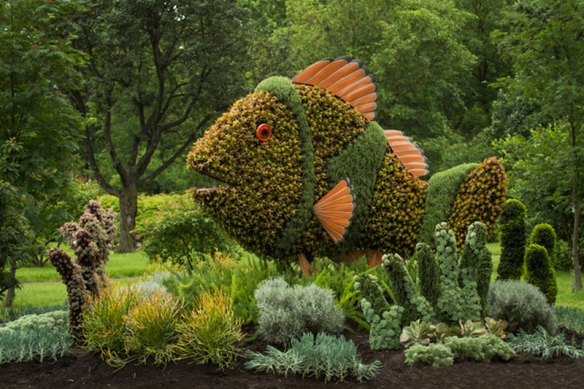 If you will be visiting Montreal before September 29, why not spend a few hours checking out these beautiful sculptures? Here is the event website for more information.