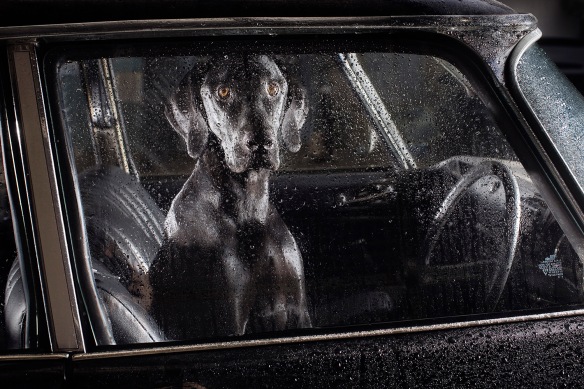 Martin Usborne is a London-based photographer with an affinity for dogs. And if you’re lucky enough to be in London yourself before April 27 you can see work from his series The Silence of Dogs in Cars at The Little Black Gallery. Every time I look at these images, I get a lump in my throat and feel very emotional, almost to tears in fact. Now these dogs weren’t really abandoned, but you can definitely sense that’s how they’re feeling to varying degrees. 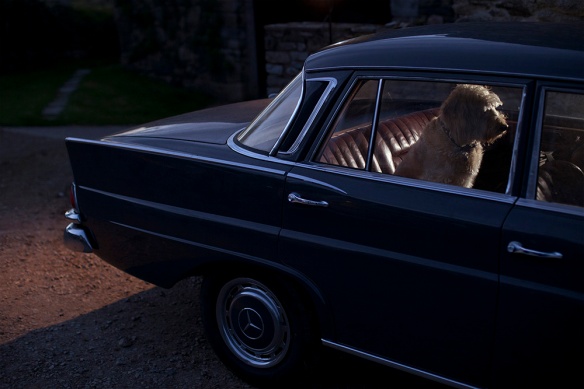 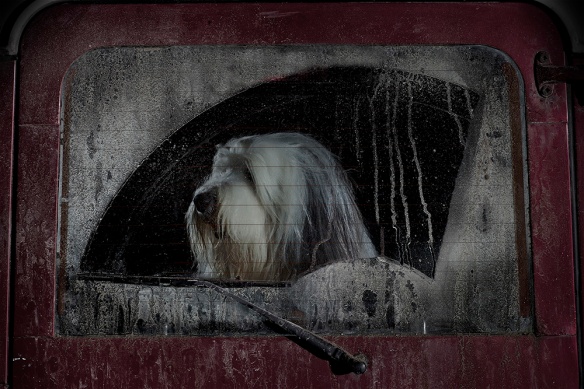 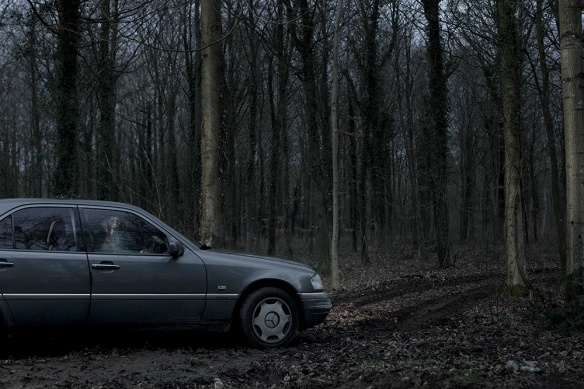 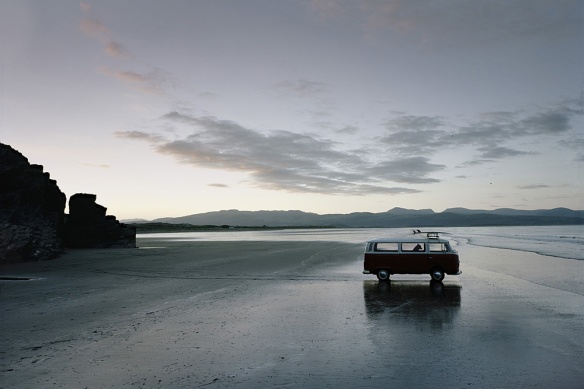 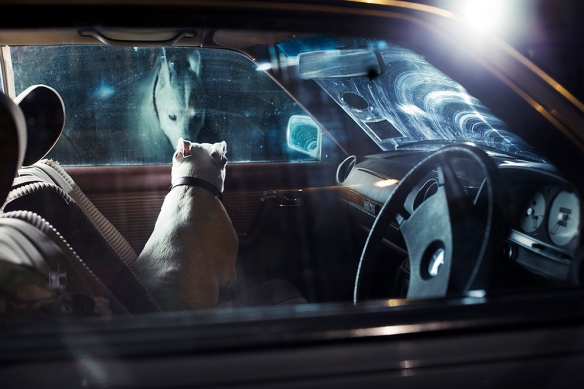 Normally my first reaction to the idea of dogs being left alone in cars is the danger of heat exhaustion. Maybe that’s why all of these were taken at night or during overcast conditions to eliminate that thought—or it’s just typical weather in England. For me, once I realize there’s no threat of heat exhaustion, immediately they become about something else.

Here is the statement by the artist, Martin Usborne:

“I was once left in a car at a young age.

I don’t know when or where or for how long, possibly at the age of four, perhaps outside a supermarket, probably for fifteen minutes only. The details don’t matter. The point is that I wondered if anyone would come back. In a child’s mind it is possible to be alone forever.

Around the same age I began to feel a deep affinity with animals—in particular their plight at the hands of humans. I saw a TV documentary that included footage of a dog being put in a plastic bag and being kicked. What appalled me most was that the dog could not speak back. Its muteness terrified me.

I should say that I was a well-loved child and never abandoned and yet it is clear that both these experiences arose from the same place deep inside me: a fear of being alone and unheard.

The images in this series explore that feeling, both in relation to myself and to animals in general. The dog in the car is a metaphor, not just for the way that animals (both domestic and wild) are so often silenced and controlled by humans but for the way that we so often silence and control the darker parts of ourselves: the fear and loneliness that we would rather keep locked away.”

Gulp. These images are 24 x 36 and 60 x 40, so I’m thinking that to see them in person would be even more compelling. If you’re like me and there’s no way you’ll be in London before the show ends, there is a beautiful book available. 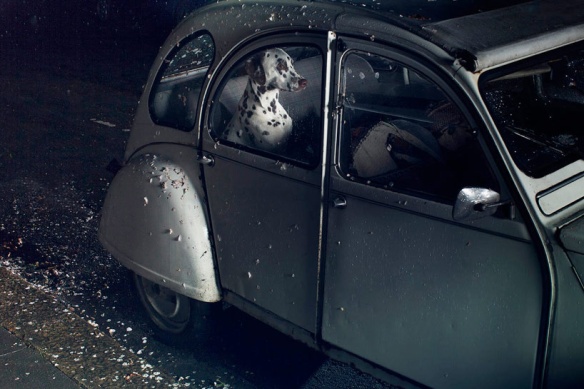 If you’d like some information on Martin’s show in London at The Little Black Gallery, price list, or interviews with the artist, it’s here.

A signed copy of Martin’s book The Silence of Dogs in Cars can be purchased here. And if you’d just like more information on Martin in general, you can visit his website here.
All images courtesy and copyright Martin Usborne.

5 thoughts on “Martin Usborne: The Silence of Dogs in Cars”