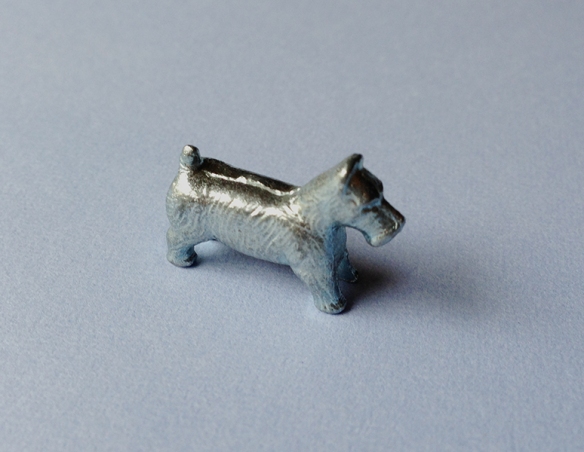 I have to admit, when I was a kid and someone said “Hey, let’s play Monopoly!” I wasn’t usually thrilled. It was an okay-ish game, but kind of boring and dated even then. There was something kind of “what the—?” about illustrations having a copyright date of 1936, and the guy overwhelmed by offers to buy a yacht or Rolls Royce, or take a world tour, after inheriting a measly hundred bucks. But we played it, especially if it was a drizzly gray afternoon with nothing else going on. And yes, this was before video games, movies on demand, cell phones and iPads. Your only other options were to either read a book or eat an apple.

There was a bright spot—and sometimes an argument—over who could be which piece. For me, of course I always wanted to be the dog. A close second would be the car or top hat, but the other pieces, and again “what the—?” A wheelbarrow? An iron? Who wanted to be reminded about doing work when you’re trying to play a game?

So now Hasbro (what happened to Parker Brothers?) has a campaign to eliminate one of the tokens and replace it with a new one. You can vote until February 5 via Facebook or Twitter using the hashtag #tokenvote to keep your favorite piece in the box, otherwise it might be replaced by a robot, a cat, a diamond ring, a guitar, or a helicopter. To add to the confusion, next month Target stores will sell a “Golden Token” edition of Monopoly which will include ALL of the original tokens plus all of the new contenders. Once the votes are counted and the lineup is finalized, that new edition will be available late this summer. Just in time for apple season.

5 thoughts on “Tell Monopoly to Keep the Dog”