Well, it’s that time of year. Stomachs in knots, heads pounding, biting of nails. That stressful, anxiety-ridden period full of late nights, giant coffees and panic in general. I’m not talking about the holidays, this is something entirely different…(cue the scary music)…it’s the dreaded end of semester exams (and now the screams). Actually, since I attended design school rather than traditional college, it would instead be…the dreaded end of semester critiques…the horrors!

It looks like at least one school has a great plan in place this week to help students cope: dogs on campus to provide a stress-relieving break, of course. Dalhousie University in Nova Scotia has arranged a doggy lineup that includes the following cast of characters: a Labradoodle, a Sheltie, a Golden Retriever, a Papillon, a St. Bernard and a Dalmatian, courtesy of the Therapeutic Paws for Canada program. Very clever idea! They’re helping to make them smarter, too! 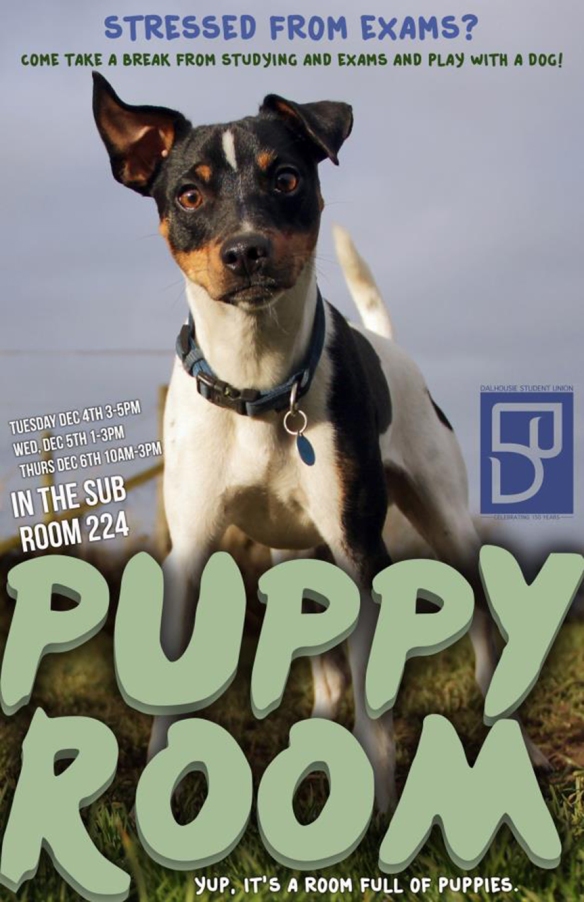 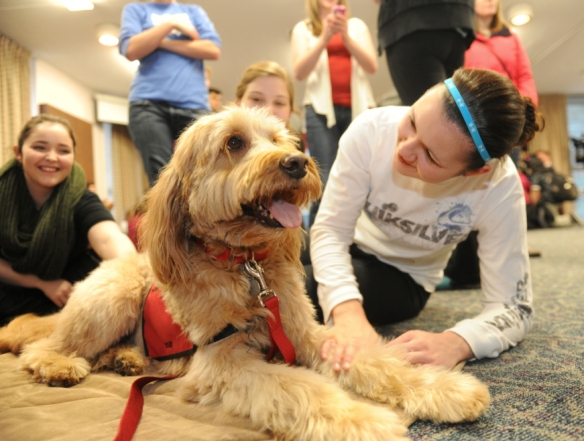 10 thoughts on “Put Your Pencils Down”